My husband, daughter and I visited Granada for two nights on our two week tour of Spain in May 2010. Our day to visit the Alhambra was a very hot day. If I had it to do over again, I would have gotten our Alhambra tickets for the morning instead of the afternoon.  We enjoyed it immensely even in the heat.  However, because of the heat, we did not make it to the Generalife gardens which I really regret.  But as we discovered many times on this trip, you just cannot do everything.

The Alhambra in my opinion is a must for anyone visiting southern Spain. It has a fortress, gardens, palaces and what used to be a city that sits on a hill in Granada, Spain.  The Moors ruled from there and it contains the most beautiful palace ever, the Nasrid palace. Here are some highlights from our visit to the Alhambra.

from our hotel's terrace 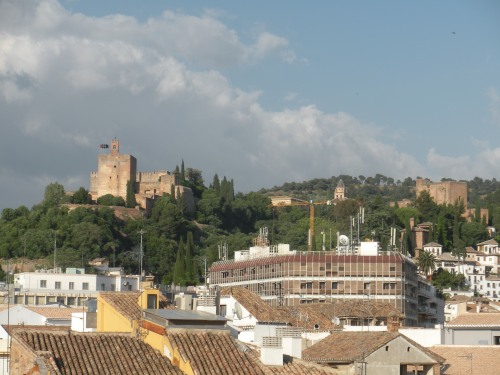 and a little closer - from the terrace

and even closer still - from the terrace 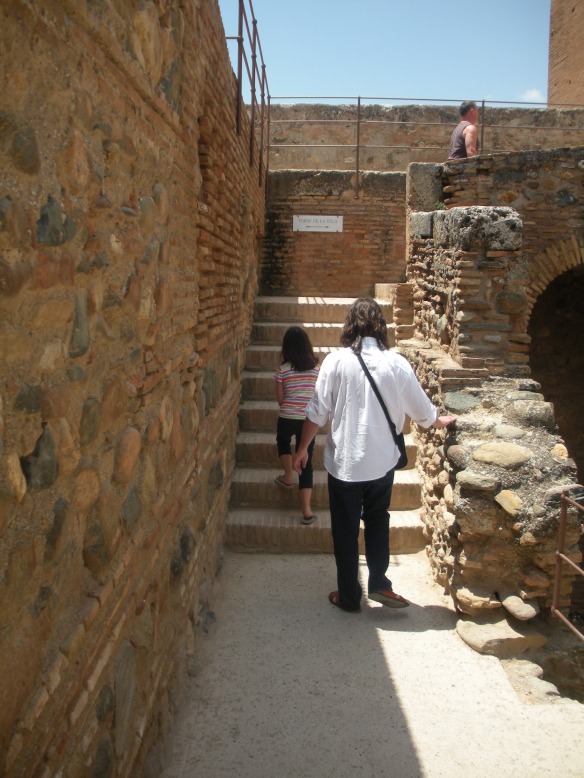 up into the Alcazaba

Granada from the Alcazaba - we could see our hotel! 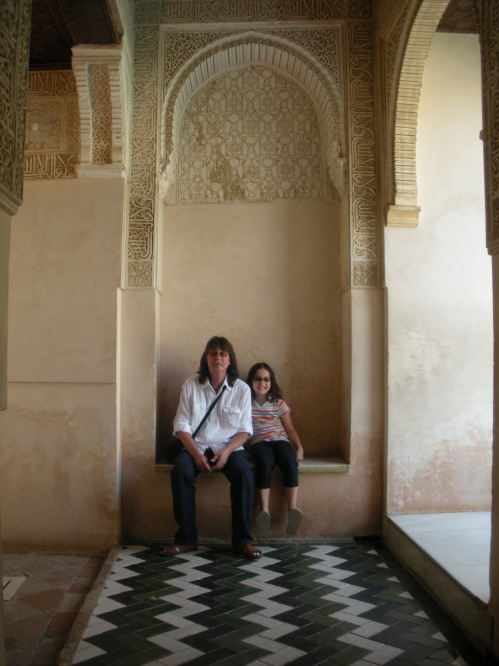 okay, this one's a little crooked. but it's still one of my faves. 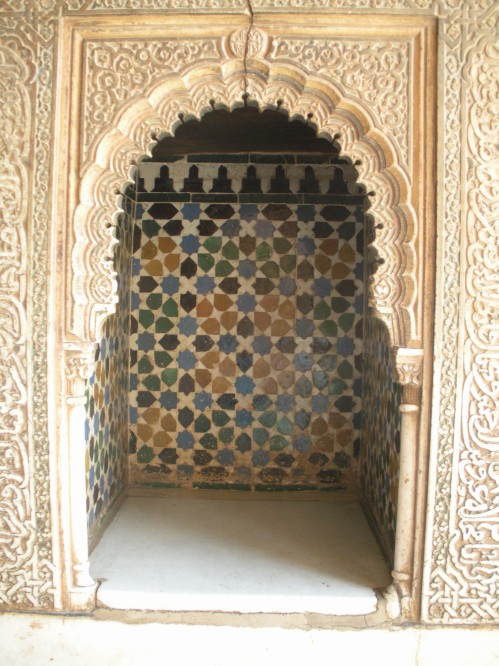 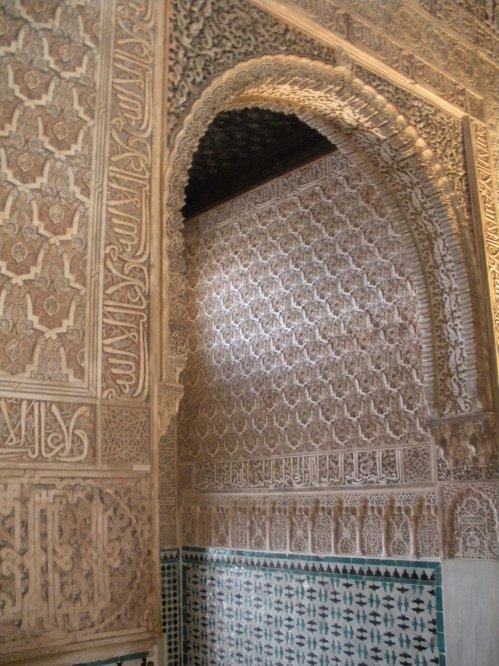 don't forget to look up, there might be something beautiful up there.

And somewhere at the Alhambra there is an old saying inscribed on tiles(I think) that means “Give him alms woman, for there is nothing in life like the pain of being blind in Granada” (Dale limosna mujer, que no hay en la vida nada como la pena de ser ciego en Granada). I read about this inscription after we returned from our trip but I’m not sure exactly where it is.  Next time we visit La Alhambra, I want to be sure to see that.