As soon as I saw this theme I knew which photos to look for.  These are from two different trips to Las Vegas and both times we stayed at the Golden Nugget in downtown Las Vegas.  Great hotel and we got a great flight/hotel combination deal for both trips.  If you’ve never seen the laser light show in downtown Vegas, I highly recommend it!!  It’s called the Fremont Street Experience and it’s a very fun thing to do.

But the first photo is of the Four Queens casino where I had just won $250.  It’s all lit up so it fits with this theme:

The rest are from our trip in 2009.  I’m thinking they change the light show’s theme every so often because we saw a very different show in 2009 than 2008. 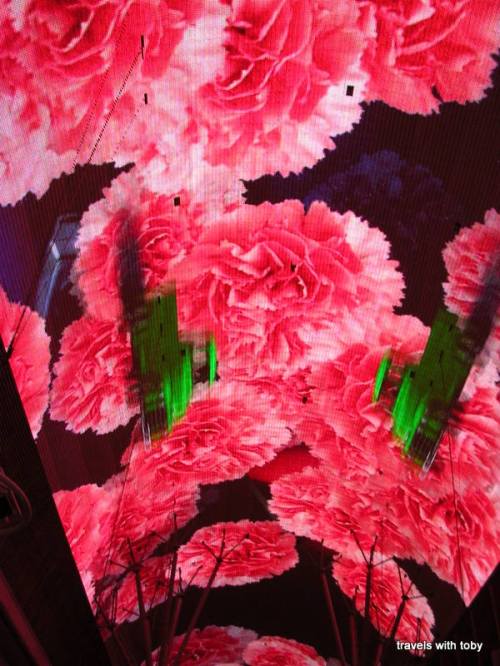 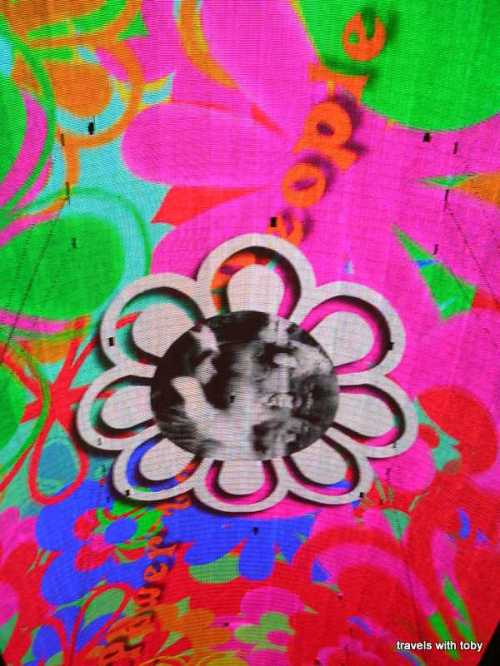 Have you ever seen this light show?  If not, the next time you’re in Vegas, do check it out.  I promise you won’t be disappointed!

To see more entries for this week’s theme, click here.

My husband and I just returned from a trip to Reno to continue celebrating our 21st anniversary. We had dinner at the St. Paul Grill on the day of our anniversary. Since we had some flight vouchers to use before they expired and the hotel was a great deal, we decided to take a trip for our anniversary as well later in the month.  Reno is a very special place for us as we got engaged and spent our honeymoon there.  The last time we were there was for our 10th anniversary, so, it was time to go again.

A couple of the earliest automobiles

One thing we really enjoyed the last time we were there was the Automobile Museum. It’s about a 4-5 block walk from our hotel so we picked the nicest day to take our stroll and once again we viewed the cars on display.  The museum, born from the collection of Bill Harrah (of gaming fame), houses over 200 cars that are displayed in 4 galleries.  It is like walking through the history of the automobile as you start the tour at the turn of the 20th century with myriad cars from the first two decades of automobiles. And you move through the decades up to the 60s, with a handful of cars from the 70s in the last gallery.

There were so many cars, I couldn’t photograph them all.  But I especially liked this one from the first gallery with what we labeled “pic-a-nic” baskets (channel your inner Yogi Bear) strapped to the sides of the vehicle. Later on the baskets were replaced by other contraptions to hold your belongings.

There are displays of clothing, hats, stockings and handbags appropriate for that gallery’s era.  At right is one of these displays.  I wondered if these weren’t added to appeal to folks that aren’t necessarily interested in cars, say, female partners of car fanatics perhaps? But they were also very interesting.  The museum isn’t just about cars, it does a great job of the history of the era.  Between galleries 3 and 4 are displays of some of the earliest gas pumps(below), for example, and there is music playing in each gallery that is appropriate for that gallery’s era of cars.

In between galleries are more cars displayed on period streets.  This street has cars from the 1930s and you can see the earliest gas pumps on display at the right. On the street from the 50s I noticed a few old TVs showing The Three Stooges and I Love Lucy.

In Gallery 2 there was a copper Rolls Royce.  Isn’t it stunning?

Just outside Gallery 3 sits a circa 1960s Coca Cola machine, complete with bottle opener.  I remember these machines.  In fact, I have a pic of myself when I was about 6 years old in front of a machine that looks alot like this one(at right).

I found this car(below) of particular interest since it is called the Hispano-Suiza and after reading about it I learned the company was based in Barcelona, Spain. It was originally formed by a Spanish artillery captain and a Swiss engineer.  I also learned that Hispano-Suiza united with a Spanish bank and a group of Spanish industrial  companies to form a company that led to Spain’s first mass production car maker SEAT. Below is the emblem on the grille displaying both the Spanish and Swiss flags.  And then a pic of the Hispano-Suiza 12J. 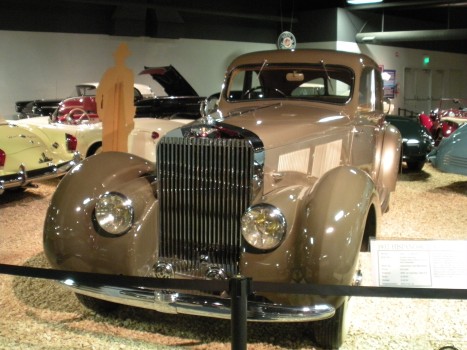 Gallery 3 houses John Wayne’s Corvette which was the 51st Corvette made in 1953:

As soon as I saw this car’s front end I knew it was a Chrysler.  My father loved Chryslers and we had several when I was a child. So, I had to snap this pic in honor of my father:

On the walk back to our hotel we passed the newer Reno sign: 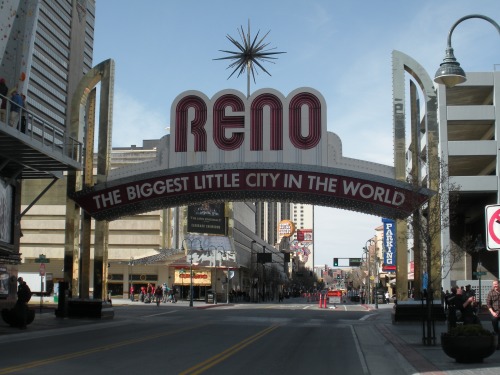 And then at night:

Hubby and I had a fun long weekend in Reno and we didn’t lose the farm.  I highly recommend the National Automobile Museum not just for a break from gambling, but for the history lesson and fun eye candy, as hubby called it, it provides.

Hubby and I stayed four nights at the Eldorado Hotel in Reno in March 2012 to celebrate our 21st anniversary.  One place we ate was Roxy, our splurge for our last night in Reno.  It’s one of the nine restaurants under one roof that the hotel advertises. It’s behind the sushi bar, where we ate our first night there which was also very good. We were seated in a plush red velvet booth and immediately a gal with a bread basket served us our choice of two breads.  We both chose the sesame, it was fresh, warm and delicious.

Hubby enjoyed oysters on the half shell (not on my list of faves but he really enjoys them) while I had their house salad. Up next were our entrees, both were outstanding. I chose the 8 oz. filet mignon in the Diane style which was a yummy mushroom sauce. Included with my steak were olive oil infused mashed potatoes and asparagus.  Everything was delicious! Hubby had the long bone shortribs and he was extremely happy with his meal as well.  His came with crispy polenta, tomato jam and roasted garlic. We both enjoyed a Ferrari Carano Alexander Valley cabernet sauvignon with our meal. We liked it so much we each had two glasses.

We didn’t have room for dessert or coffee but we left there very satisfied and would definitely go back there again.  I regrettably forgot my camera to take a pic of us in our “nice clothes” that we brought to wear to our nice dinner.  So I have no pic to share here. It was a comfortable booth, great food and service. I highly recommend it.