I happened upon a weekly photo challenge in my travels around the blogosphere and I decided to try it this week.  Here is the post from Jake Sprinter:  A road is a route, or way on land between two places, which typically has been paved or otherwise improved to allow travel by some conveyance, including a horse, cart, or motor vehicle. Roads consist of one, or sometimes two roadways each with one or more lanes and also any associated sidewalks . Roads that are available for use by the public may be referred to as public roads or highways.

And so I immediately thought about my various photos of roads in Spain.  I hope you all enjoy my selection here.

another road in Toledo, with mudejar architecture

There are many pedestrianized roads in Spain.  This one in Sevilla is where our hotel was: 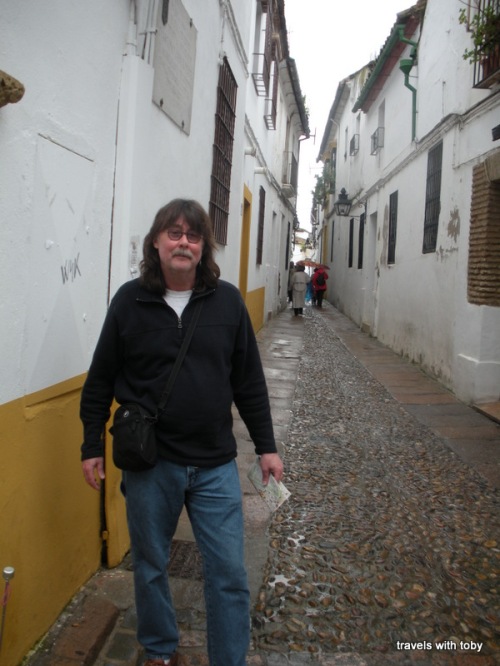 A typical road in Madrid, from our hotel room: 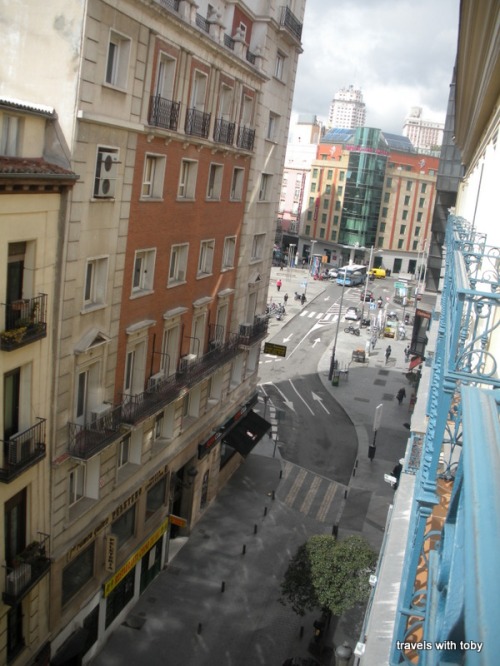 The road leading into Toledo from the train station

The Road Not Taken, by Robert Frost

and sorry I could not travel both
And be one traveller, long I stood
and looked down one as far as I could
to where it bent in the undergrowth;

Then took the other, as just as fair,
and having perhaps the better claim
because it was grassy and wanted wear;
though as for that, the passing there
had worn them really about the same,

And both that morning equally lay
in leaves no feet had trodden black.
Oh, I kept the first for another day!
Yet knowing how way leads on to way,
I doubted if I should ever come back.

I shall be telling this with a sigh
Somewhere ages and ages hence:
Two roads diverged in a wood, and I —
I took the one less travelled by,
and that has made all the difference.