Our visit to Córdoba, España

Hubby and I took a day trip to Córdoba while we were in Málaga in March 2011. It was raining so we brought along the umbrellas that we purchased for our May 2010 trip, but never did use that time. This trip we did use them but really, not terribly often. I was glad we had them the morning of our trip to Córdoba as a light rain was falling. Because of the rain, we took a taxi from the train station to La Mezquita instead of walking and getting wet. We were dropped off at the gate to the Patio de los Naranjos(below), found the ticket booth and soon we were inside the ancient place(s) of worship. 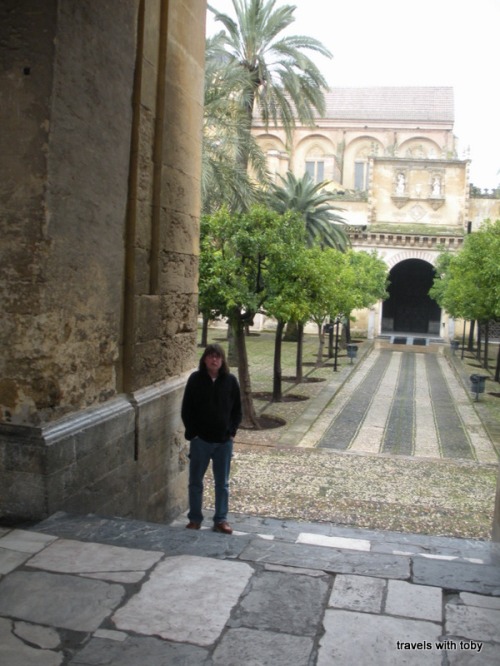 La Mezquita is a curious place indeed. I had read about the cathedral within the mosque and marveled at how strange it looked.  While discussing our trip with friends in Málaga that evening, I learned that there originally was a Visigothic church on the site before the mezquita was built.  So, it went from a church, to a mosque, to a mosque with another church inside.  Very curious indeed. I was told that upon seeing the cathedral for the first time Charles V said: “You have destroyed something unique to make something commonplace.”

Once you enter the mosque you get a keen sense of how ancient it is.  It smells old which is very hard to describe unless you’ve been in an old building. The famous red and white arches seem to go on forever, they are everywhere you look. 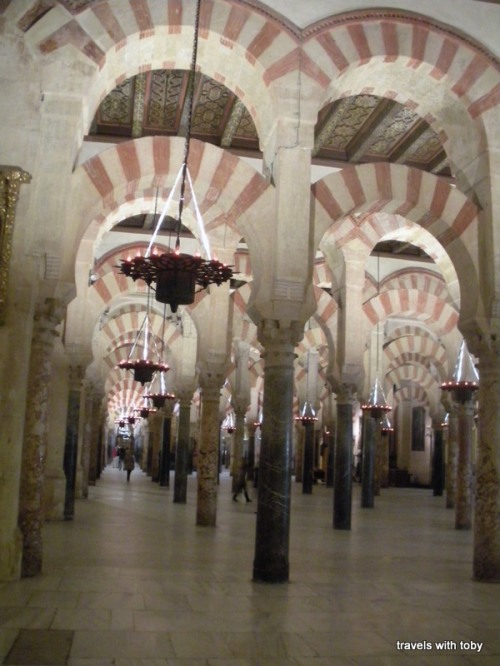 Here is the Mihrab: 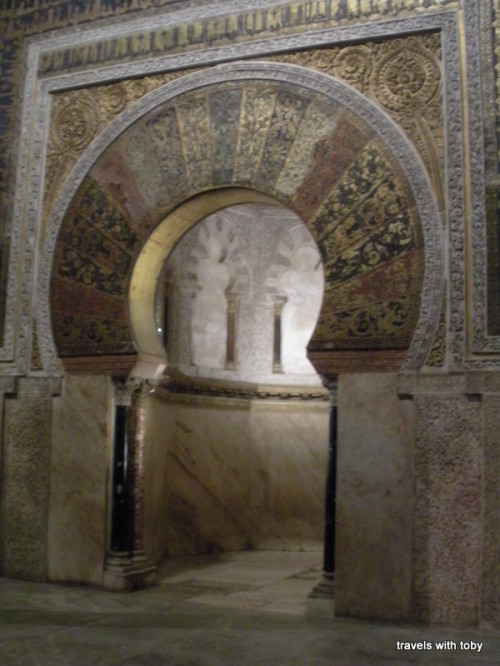 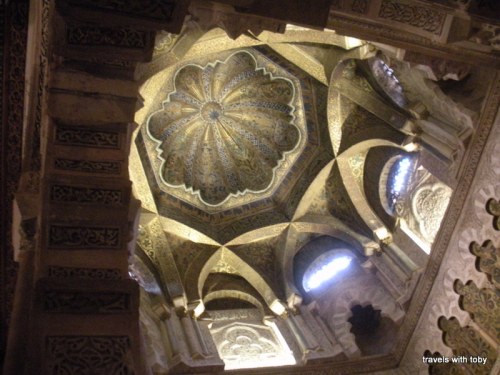 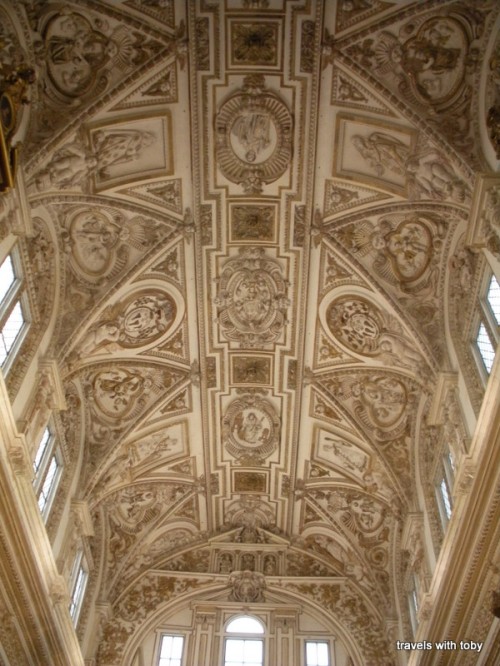 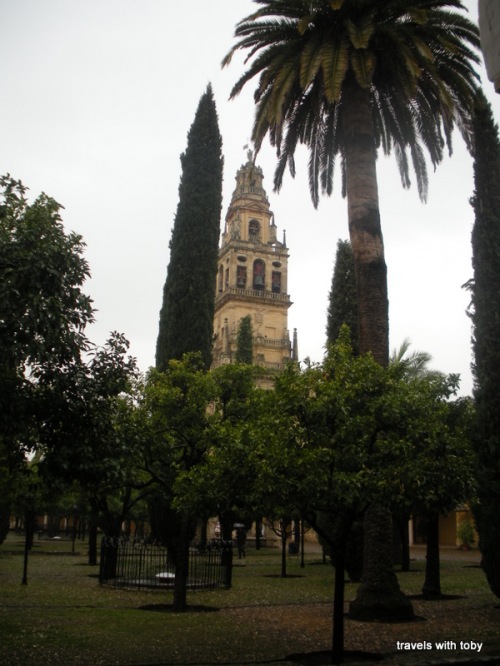 La Mezquita from the Roman bridge, in the rain:

Maimonides and me, in the rain – he was a Jewish philosopher and physician who lived in Córdoba 1135-1204:

After touring the mezquita, we walked through the old Jewish part of town (La Judería) and found Taberna Guzmán along the way so we stopped for a bit of refreshment and a bite to eat and to get out of the rain.  We had a nice meal of tapas and when we left the rain had stopped so we put away those umbrellas.  Notice the smile cuz he doesn’t have to use his umbrella ;)

I wasn’t so sure it wouldn’t rain again:

We walked through the old town, found Plaza de las Tendillas (below) and all the fun shopping streets around the plaza too. 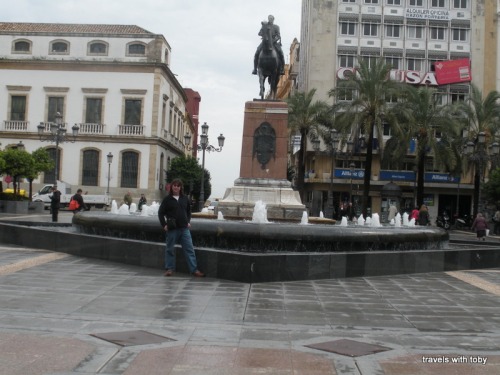 We went into a couple of shops but we didn’t buy anything.  Afterwards we walked along Paseo de la Victoria and los Jardines de Diego de Rivas, which was very beautiful, on our way back to the train station. What a contrast from the morning. The sun had come out and it was pleasant and now in the 60s. It had turned into a beautiful afternoon.  These are the kinds of rainy days that I can deal with,  ones that start out with light rain and then clear up for the afternoon.  Of course when travelling it’s better if it doesn’t rain at all but we were there at the end of winter after all so good weather isn’t always the norm.  We headed back to Málaga, met with friends for drinks and then wandered around Larios street and its environs before heading back to our hotel for our last night in Málaga.  Even with the little bit of rain in the morning, it was still a great trip.

24 responses to “Our visit to Córdoba, España”