Downtown St. Paul on the outside

Last month I wrote about the St. Paul skyways.  Now I’d like to introduce you to downtown St. Paul, from the outside.  My blog friend Marianne gave me the idea when she commented on my skyway post.  So thanks Marianne!

I love the skyways but it’s also fun to walk about outside as well, as long as the weather holds up ;) There are nice parks to stroll through as well as rivers to cross on bridges.  The Wabasha Street bridge is usually decorated with American flags.  But during the week that gay marriage was voted on and signed into law, rainbow flags graced the bridge the entire week.  And as luck would have it, the weather was very nice and I was able to take a walk across the bridge and take some photos.  Come along with me on a short tour of downtown St. Paul won’t you?

Starting to cross the river on the Wabasha Street bridge:

Downtown as seen from the bridge: 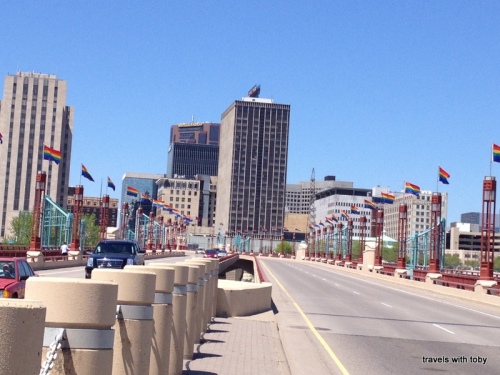 And a rainbow flag photo:

Looking west, the Smith Avenue bridge, or the high bridge: 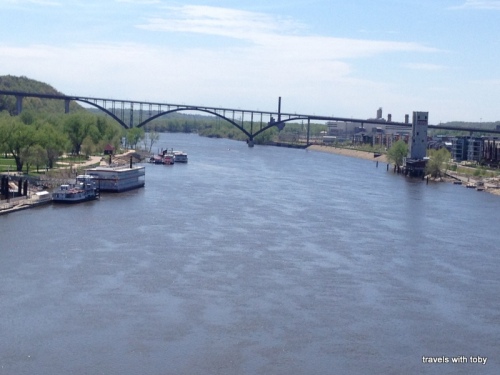 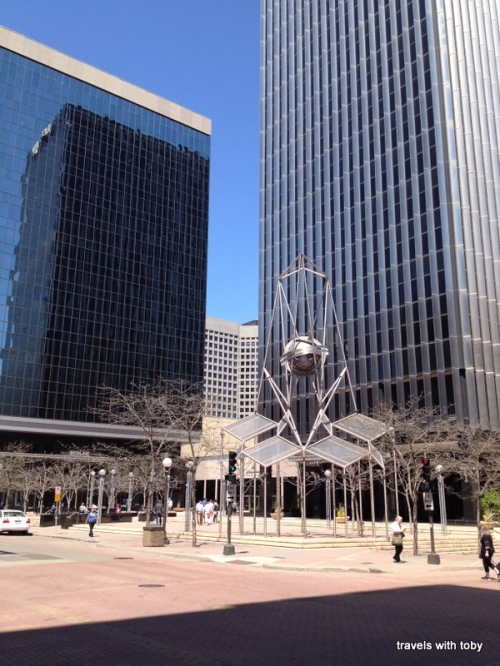 And I’m editing to add that the corporate center (the building on the right) won The Outstanding Building of the Year award this year. I got such a kick out of this since the initials spell my name: 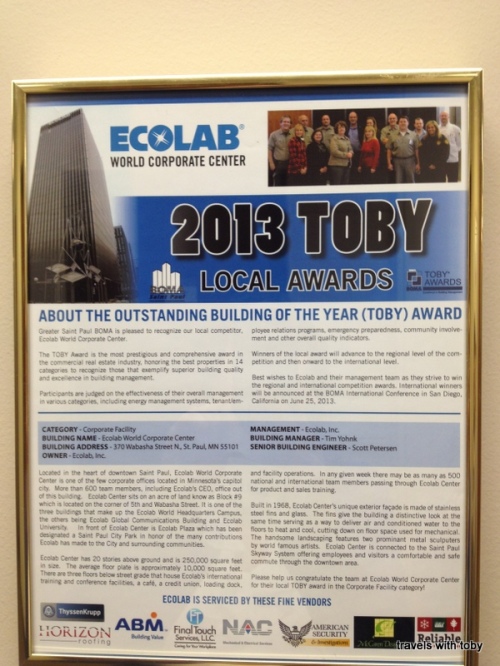 Landmark Center where I’m told has events that I could visit on my lunch hour:

Fun fact about St. Paul: we are proud of Charles Schulz!  Years ago, there were Peanuts statues all over town.  There was a map of all of the statues and we came across many of them.  I am not up on my research of these fun statues but on one of my walks recently I happened upon what appear to be bronze statues of Peanuts characters in Rice Park and beyond.  It was so much fun to find these!! 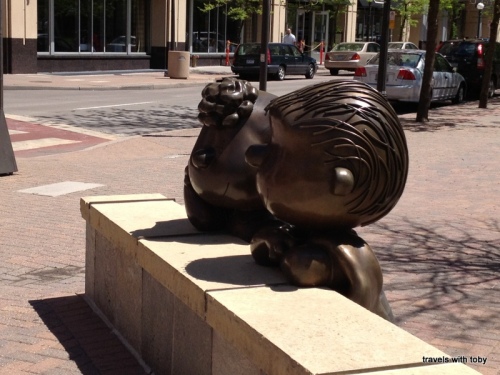 That’s it for our brief tour for today.  I hope you’ve all enjoyed it.  Have you ever been to St. Paul?  If not, I hope this entices you to pay a visit.  It’s a nice town if I do say so myself.

16 responses to “Downtown St. Paul on the outside”