This post has been rolling around in my head for a while and I guess it’s finally time to write it out.  What was “supposed” to be a magical day on our trip to Spain in May 2010, turned into the worst day of that trip unfortunately.  It was my 50th birthday and the reason for the trip, what we had saved and saved and saved for many years to do. Not only to go to Spain to celebrate, but also to spend my birthday in the city that had enchanted me over 30 years ago, Toledo.

Ah…the best laid plans of mice and men.  This theme tends to come up over and over in my life.

About 3 hours after we arrived in Madrid, our second stop of a two week adventure in Spain, I came down with an awful cold. The next day we had planned to go to both the Thyssen-Bornemisza and the Prado, and although I enjoyed both museums immensely, I was not feeling well at all. The next day we had train tickets for Toledo.  I woke up feeling even worse than the day before but we had to go to Toledo, so off we went.

Don’t get me wrong, it wasn’t all bad, just mostly all bad, ha ha.  I tried to make the best of it but sometimes it was just plain hard to do.  So many things were closed, the alcázar, El Greco’s house, and the one where the woman practically slammed the gate on me, the Santa Cruz museum.  I had read in a couple of different places that this museum did not close for siesta. Well, on that day it did.  Here’s a pic of the mean lady who had just closed that gate:

But the most disappointing thing that day was going to the sword maker’s shop and finding a notice (in Spanish) that his wife (we later learned it was actually his mother, his father and he have the same name) had just died and the funeral had been the previous day so they were understandably closed.  Ah, the best laid plans of mice and men.  We soldiered on, filled up the day, and hubby did finally get to buy his sword, he just had to come back 10 months later to do it(click here to see my post of that trip).

One positive thing about that day was that there are some nice pics from this day trip and I’m sharing them here.  Starting with the newer train station built with mudejar architecture:

And the windows inside are beautiful: 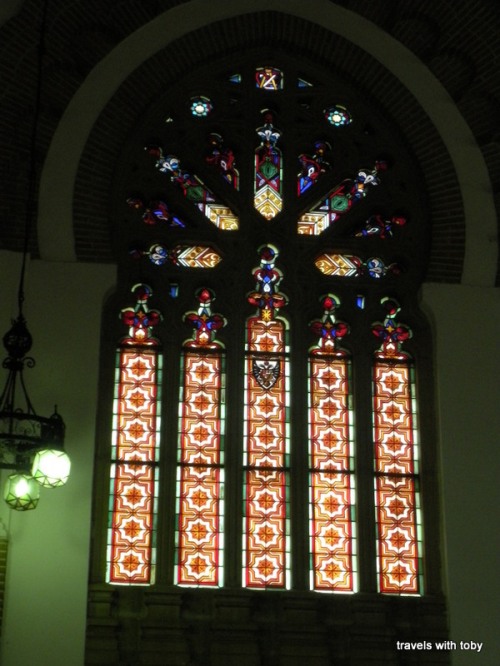 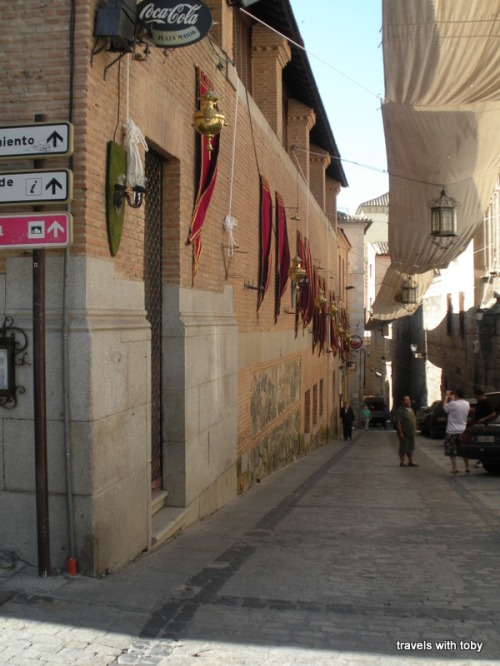 The food was fabulous everywhere we went in Spain and Toledo is no exception. Here is a plate of sausage, anchoa y aceitunas (anchovies and olives), a pork and fries dish and pan (bread), always there is pan.

The alcázar, which was closed:

The most scenic countryside: 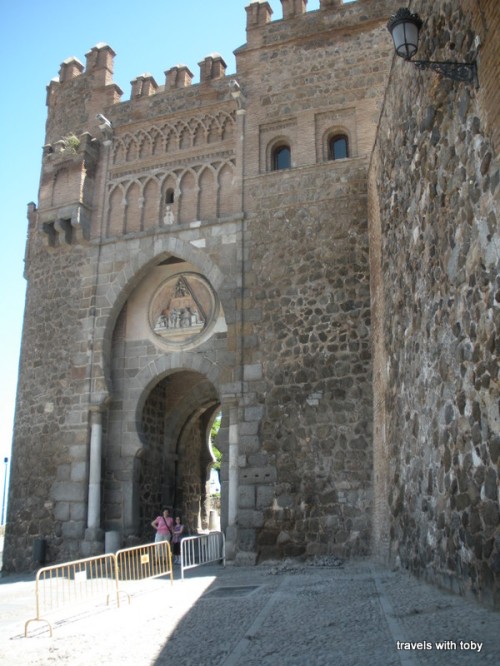 We went in the enormous and beautiful catedral, here it is from the outside(no pics allowed inside): 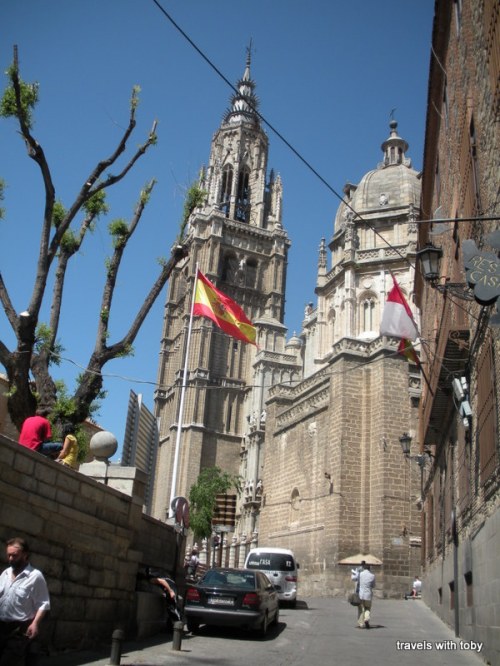 And then back in Madrid that evening for my birthday dinner at Botín, the oldest restaurant in the world.  Here we are toasting my 50 years:

Dinner was fabulous and I wished I had had room for dessert. Alas, it was not to be but I did start to feel just a little bit better after dinner and then the next day a bit better yet and the cold eventually went away.

The rest of the story is that we went back to Toledo the following March, had the best short trip in doing so and it made up for this one bad day I experienced there.  Toledo is a great day trip from Madrid and I recommend it highly.