I’m a little behind with my posts. It’s been a busy summer! I wanted to share my trip to the North Shore before I forget it all and I’ll get back to the posts I’ve intended to create all summer soon!! But first, a post of more random summer flowers and other random stuff. I thought I should get this one done since this is our last summer weekend.

Next, a gallery of the randomness I mentioned earlier. Just some photos of the rest of summer, more flowers and a favorite bird, as well as my other neighbor’s green beans on our shared fence. Enjoy and stay tuned for more travel posts coming soon!! As always, thanks for looking.

Another quick post to display some flowers around the neighborhood, most of them are not from my garden. I’ve been working on two others posts and hope to post at least one of them soon! So, please come back. In the mean time, enjoy this gallery of beautiful flowers.

The bee balm are blooming!

I love these flowers! They usually bloom at the end of June and into the beginning of July. I used to have just red and light purple ones and a few years ago a friend gave me a little clump of the magenta bee balm and that little clump has done so well. You’ll see how big that clump has gotten in the gallery below as well as the cover photo.

I do love perennials but most of them only last a couple of weeks and so it is with bee balm. I noticed as I was choosing the photos for this post that I didn’t take many photos of the red ones. They, along with many other plants this year, are not as nice as in years past. We’ve been in drought this summer and that has affected plant growth, or lack thereof. So, I think I will start with the one red bee balm photo that I liked and let it stand out from the pack of magenta bee balm photos.

There are also a light purple type of bee balm that used to be in my garden, alas, I guess they’ve moved on. They are blooming in the park and Willow Pond. Love this color too!

And just for fun, I’ll close with this photo of wild raspberries that are ripe right now. Or are they blackberries? On my walk at Willow Pond yesterday most of these berries were black and I’m including another, updated photo from yesterday. I think I have had this query in the past so I googled and what did I find? They are actually wild black raspberries! Okay, let’s see if I remember that next year. I didn’t know there was such a thing but I love the color.

I learned about this plant at the first house that we bought in St. Paul years ago. These plants just appeared one day, another one that grows like a weed. But I like this particular weed-like plant. It blooms in June and I’ve only seen purple spiderwort this year. I have seen pink ones in the past but not this year. Most of these photos are from Willow Pond where I take my short walk. Please enjoy this handful of spiderwort photos.

early spring in the upper midwest

It’s happening. Things are coming back to life here in the frozen tundra. Of course we still have some winterish weather even though we’re almost to the end of April.

BUT, I’m not here to talk about the weather even if it’s a favorite topic around these parts. I wanted to share some photos of early spring from my perspective. Photos of the yellow weeping willows, the rhubarb poking through the ground and first blooms so far. And one photo related to spring at the end but it hasn’t anything to do with the growing season.

Up first is a gallery of scenes at the park mostly. Notice the bright yellow of the weeping willows and the ice still on the lake in the first photo. In the one photo with the street, you can see a tree on the right with a slight red color. Those buds are just coming in!

Next, my rhubarb plant that comes back every year starting with when it first starts to poke through the ground. 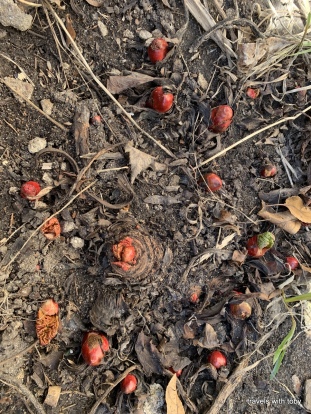 first poking through the ground 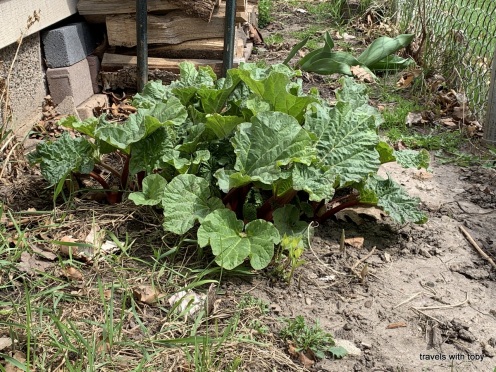 “purplies” (not sure what these are)

We have several families of turkeys in our neighborhood and I happened upon this guy just hanging out in the middle of the street strutting his stuff. It wasn’t until my husband saw him and he told me why the turkey had this stance. It’s spring and he’s looking for a mate! Happy spring!

Time for the next installment of what’s happening in the garden. Many of these photos are from neighborhood gardens that I pass on my walks as well as from the park.

But let’s start with a gallery of my zinnia and morning glory garden which is located on the north side of our house. When I purchased potted plants this spring there was a State Fair zinnia 6 pack and I couldn’t resist.  Since we’re not having our fair this year, I thought some State Fair zinnias were just the ticket in honor of the great Minnesota get-together. The morning glories reseed themselves and I guide and arrange them onto our fence. 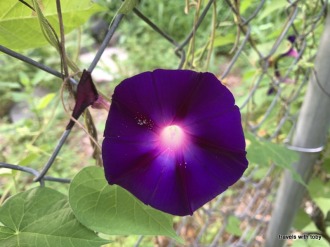 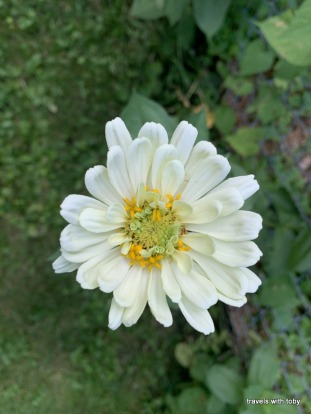 Next, let’s check in with my vegetable garden. As you can see, it’s quite healthy and it’s producing many tomatoes and cucumbers.  And I just plucked our first green pepper the other day.  It’s the one in this gallery. We can’t eat everything fast enough. I think I’m going to find a food shelf and see if they’ll take some of our produce. We’ve done that in the past. 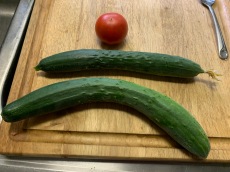 oops, growing through the fence

my neighbor’s arugula is quite prolific

This last gallery contains all the fun flowers I come across on my walks through the park and in my neighborhood. 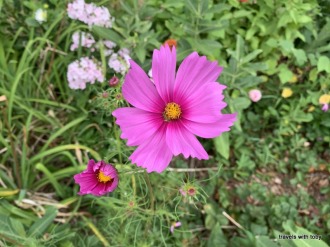 I love these balloon flowers

While fall and spring are my favorite seasons, in that order, I do love summer for all the gorgeous flowers everywhere! And naturally I’ve taken some photos of them. Plus I have photos of the garden as it was the first few days of July. So without further ado, please enjoy early summer blooms and plants.

First, let’s check in with the vegetable garden. All the plants are happy and growing.

the cuke climbs the fence

all the yellow flowers become cucumbers

Next is a collection of photos from my favorite walking path near my house. So many interesting plants! 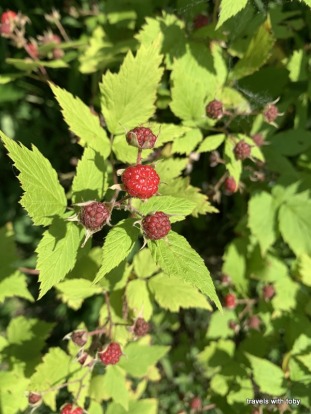 wild raspberries (these are from the park) 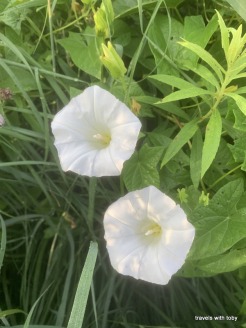 To close, some photos from my own garden.

State fair zinnias along the fence 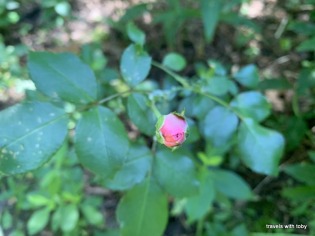 our only rose bud this year

I have so many photos of bee balm that I thought they deserved their own gallery.

a little further along

and further along still 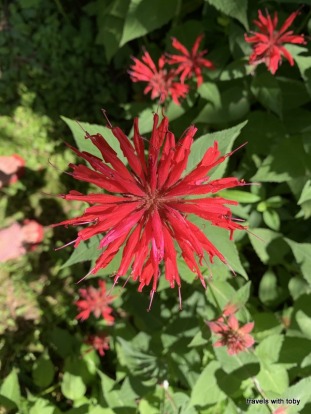 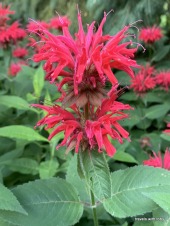 the group of them 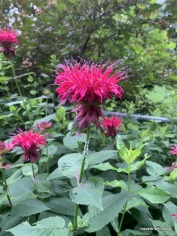 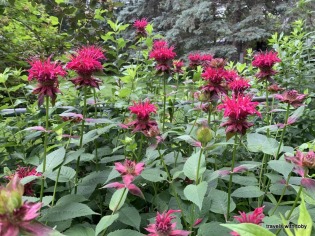 Do you have a favorite summer flower? There are so many, it’s hard to choose but I do love the bee balm.  And here I’ve displayed three different colors.  I’ll be back soon with more photos of summer flowers. Do come back and take a look!